The Germanic Limes, the northern frontier line of the Roman Empire from the late first century to the 2nd half of the 3rd, ranged from the North Sea to the Danube. The area in what is now the Netherlands followed the line of the Lower Rhine from the Oude Rijn estuary on the North Sea to the town of Bad Breisig in modern-day Germany. The Lower Germanic Limes ended there and the Upper Germanic detected the opposite of the Rhine.

The Netherlands limes range from Nijmegen, the 2nd earliest city in the Netherlands established as a Roman military camp in the first century B.C., to Katwijk, established by the Emperor Claudius in the first century A.D. as Lugdunum Batavorum. In between them are a wealth of Roman remains, both outdoors and underground, and museums, like the Valkhof Museum in Nijmegen, owner of the extraordinary Nijmegen cavalry helmet, and its associated historical park website of a Roman military camp.

The Lower Germanic Limes was not a strengthened structure-based border like Hadrian’s Wall. There were forts alone the line, however they dotted the natural limit of the Lower Rhine. The remains of the forts and military camps along the limes in the Netherlands today form the biggest historical monolith in the nation. Netherlands heritage companies havenominated the Roman Limes as a UNESCO World Heritage Site The outcomes of the project will be revealed in 2021.

Whether it attains World Heritage status or not, the limes are an outright dream journey for the history nerd/hiking connoisseur. Flat surface, a myriad interesting, little-photographed websites along the method, no crowds, continuous stretches of ground and river for strolling, cycling and kayaking. I discovered a video today promoting the Netherlands Limes for the UNESCO list, and I am now formally consumed with strolling this line.

That huge mask you see in the video is a significant reproduction of the Nijmegen helmet by artist Andreas Hetfeld that was set up ignoring the city’s Waal river in April of in 2015. There’s a staircase inside it so you can go up and keep an eye out of its eyeholes to see a panorama of the city. How cool is that? Even cooler, they needed to carry it to its existing place by barge. Have a look at this badassness: 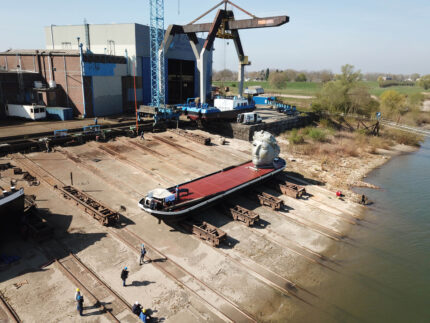 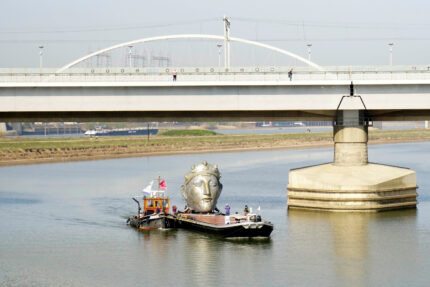 . This entry was published . on Thursday, January 7th, 2021 at 9:36 PMand is submitted under Ancient, Modern(ish), Museums. . You can follow any actions to this entry through the RSS 2.0 feed. .
. You can avoid to the end and leave an action. Pinging is presently not permitted. .
.

The Heiress Who Takes a Vermeer, Witchcraft in Post-WWII Germany and Other New Books to Check Out | History